Ray studied piano with Marie Taylor at Murray State University.  A BME graduate of Murray State University, he was involved with the Pennyrile Performing Arts as President, and Vice-President, served the Madisonville Music Club as President, Secretary and Treasurer, and the Pennyrile Piano Teachers Association as its current President and former Secretary and Treasurer. After graduation he had the opportunity to join and teach at an independent Conservatory of Music in Tifton, GA.  In 1979 he had another opportunity to open his own music studio (C.O.M.) in his home town of Madisonville, KY. Ray also works as a substitute pianist and organist at Madisonville First Christian Church as well as Christ the King Church. Shortly afterward, he joined KMTA after a local teacher suggested he attend a State Conference.  He attributes much of his education and appreciation for KMTA to Vicki McVay and Krista Wallace Boaz, their guidance (along with others) was invaluable. He has been the KMTA chairperson for Kentucky’s Independent Music Teachers Forum for approximately 19 years.

His passion as co-chair for “All-State” was and is formed by Lori Hughes, Vicki McVay, Susan Ogilvy and the infamous Joy Carden. Ray has held this position for 15 years. Thanks to this group of All-State educators, his students have excelled in their musical achievements.

His students have received numerous recognition and awards and have performed in many recitals, festivals, competitions, playing in their respected churches as well as earning university degrees in music.

His wife, Vicki, works for the Hopkins County School System in Madisonville and is also the (Typical Greek Mom).  His son Alex is an All-State alum, Murray State University alum, and has a Master’s degree (piano) from WKU. He works as a church choir director/pianist and band director at F.J. Reitz high school in Evansville, In.

His other son Addisson is also an All-State alum, Murray State University alum, and has a Master’s degree (trumpet) from UofL. He is a Professor of Jazz at Vincennes University, IN, a guest artist for Evansville Symphony and Owensboro Symphony, as well as a choir director, independent music teacher and Educator/Representative for H & H Music in Evansville, IN.

Dear KMTA members! I just wanted to remind you of the first opportunity for students this year: January 28th – KMTA Recital  This is […] 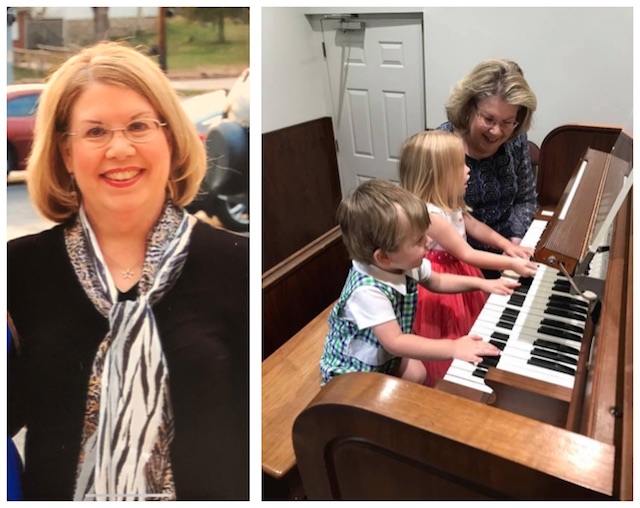 Suellen Shaw, a member of the Central Kentucky Music Teachers Association (CKMTA), has been named the 2020 Teacher of the Year by […]

Dear KMTA and members,   I am extremely happy to announce a wonderful concert (You will love this):   Maria Joao Pires […]

Please join us for Kevin Chance’s Master Class, Recital, and Workshop! Dr. Chance is the Director of Southern Division and will be […]