We did it! Out 66th Annual Conference was a huge success!

An enormous THANK YOU goes to Zach Lopes for flawless organizing everything!

And another to Greg Partain (the host, the presenter, the artist). I honestly do know of another person who could do all he did during the weekend with such calm and poise!

During our board meeting on Tuesday, we made some exciting and significant decisions that will move KMTA to a next level and make possible for our association to further music education even more in Kentucky. Rest assured that those decisions were made after LOTS of discussions where we analyzed pros and cons from all points of view. And when facing a dilemma, our board kept the focus on KMTA’s missions as guidelines.

1 – We are separating the Conference from the Competitions

With a steady growth in our competition numbers and increasing participation in our conference, keeping them together was limiting their individual development. From next year on, we will host our state conference on a different date. Competitions will still be around this time of the year (late October, early November). As soon as we receive confirmation on location and date, I will inform everyone! Stay tuned.

Several changes were made following the recommendations of the competition’s committee and chair. Starting in 2018, we will have a new category of voice – Musical Theater. Also because of restrictions related to facilities and budget, we will no longer have an organ competition and the piano ensemble division will only accept ensembles for one piano. Ensembles can fit as many pianists as they want, but they all have to share the same piano.

Our grant money received by MTNA will be used in a modern and exciting new campaign promoting KMTA, our mission and competitions – Stay tuned for more on this very soon.

If you have any questions, comments or concerns, please let me know, or visit our homepage (www.kymta.org) under “leadership” to find more information on specific areas.

As always, I thank you for your commitment to music and music education in our state.

Don’t forget – our next big state event will come in January – All-State – Piano ensemble. You still have time to have your students participate in this really fun event. More information (including application forms) available at https://www.kymta.org/all-state/​

You can find the 2017 KMTA Competition winners here.

You can find pictures (taken by Roger Davis) from the 2017 KMTA Conference here.

I hope everyone is gearing up for the 2017 KMTA State Conference, November 5-6, as we head back to Lexington and Transylvania University! With an overwhelming number of proposals this year, we have programmed a fabulous line-up of sessions, lightning rounds, collegiate posters, concerts, and more.

We are honored and excited to have Nancy Reese, former Lexington piano teacher, and colleague, as our Guest Pedagogy Speaker and Clinician this year! An avid clinician and speaker at conferences, universities, and local music teacher’s associations, Ms. Reese has developed her own unique method of teaching piano technique: “Effortless Playing”. She will present two sessions titled Colorful Playing… Painting at the Piano and Chunking – A Magic Bullet for Reading, Technique, and Artistry, as well as an afternoon master-class.

Our very own Dr. Greg Partain, acclaimed pianist, and professor at Transylvania University is this year’s featured KMTA Conference Artist. He will present a concert Monday evening featuring Schumann’s awe-inspiring Fantasie in C Major and more – this is a can’t miss event! In addition, Dr. Timothy Polashek, Associate Professor of Music at Transylvania University and multimedia specialist, is our featured Commissioned Composer for our Sunday evening Composer’s Concert.

Online registration is preferred and can be done on the KMTA website by following this link. Paper registration is also available and will be sent with the Fall KMTA Newsletter.

I hope you join us for an insightful and engaging 2017 KMTA State Conference! I look forward to seeing everyone in November and don’t forget to check out the full schedule of events on our homepage! 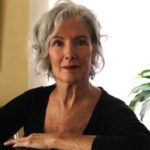 Featured Guest Pedagogy Clinician: Nancy Reese
Nancy’s passion is helping pianists play with total physical ease and musicality. She holds a B.M. from Philadelphia Musical Academy and M.M. in Piano Performance from the University of KY. Years of rigorous technical training in the direct lineage of Isabelle Vengerova, von Sauer, and Rudolf Serkin led not to better playing or a performing career, but led instead to two hand surgeries and being told she would not play again. But after a 13-year hiatus from playing and consumed by a strong desire to regain what she had lost, she ultimately went on to study piano technique for 11 years in New York City, Amherst College, and Williams College with Edna Golandsky.

While achieving extraordinary and rapid success with her students who had the most severe of the piano-related repetitive stress injuries, focal dystonia, Nancy developed her own unique method of teaching piano technique: “Effortless Playing.” In the U.S and Australia, she has taught performers, university faculty, doctoral degree candidates, and students of all levels to play with freedom, comfort, and color. Her ability to enable every pianist to reach his/her full technical and artistic potential draws students to her studio from several countries. She has judged numerous competitions and festivals, including Music Teachers National Association (MTNA), Guild, National Federation of Music Clubs (NFMC), NC Young Artists Competition, Boulder International Festival for Young Artists, and Musicians West Annual Piano Competition. Her U.S. lectures, master classes and workshops on piano technique have been presented to MTNA, NFMC, Kentucky Governor’s School for the Arts, University of Colorado, Transylvania University, University of KY, Marshall University, University of North Carolina, BYU-Idaho, Idaho State University and the Metropolitan State University of Denver. 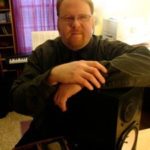 Featured Commission Composer: Dr. Timothy Polashek
Dr. Timothy Polashek is a composer, music technologist, and professor of music. He produces works in a variety of media and styles, including vocal, instrumental, electroacoustic, multimedia, and text/sound music and poetry, as well as music for interactive performance systems and sound installations, which are performed throughout North and South America, Asia, and Europe. Passionate about developing new sounds and exploring new musical ideas, he designs computer programs to build innovative digital instruments and synthesizers.

Professor Polashek has held research and teaching appointments at Columbia University, City University of New York, Gibbs College, Transylvania University, and College-Conservatory of Music at the University of Cincinnati. He was also a staff audio engineer at BR Productions in New York City, working on a variety of commercial recording projects, including Silver Burdett’s “Making Music” textbook series and the Grammy-nominated album “Beautiful Star,” featuring The Century Men.

Polashek’s music can be heard on the compact disks “Wood and Wire,” released by Albany Records, and Electric Music Collective albums “Incandescence” and “Defiant.” His research projects in audio synthesis and text/sound music are published in the Journal of the Society of Electro-Acoustic Music in the United States and the Leonardo Music Journal, published by MIT Press. Interactive and computer music by Polashek is referenced and discussed in The Oxford History of Western Music encyclopedia, published by Oxford University Press, and in reviews by the Computer Music Journal and the New York Times. He is the author of the “The Word Rhythm Dictionary: A Resource for Writers, Rappers, Poets, and Lyricists,” a book published by Rowman & Littlefield. 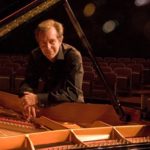 Featured Conference Artist: Dr. Gregory Partain
In his three decades on the concert stage, Gregory Partain has performed as a recitalist, concerto soloist, and chamber music collaborator throughout the United States, as well as in Germany, Poland, Guatemala, Costa Rica, Russia, and Greece. Recent solo projects include Beethoven’s Odyssey—a seven-evening lecture-recital series comprising 22 Beethoven sonatas, with performances in Portland (OR), Boston, Chicago, Lexington (KY) and other U.S. cities. He also served as the Hawaii State MTA convention artist and as visiting artist-in-residence at Boston College. Partain has appeared with the Seattle Symphony, orchestras of Yaroslavl (Russia) and Athens (Greece), the Lexington Philharmonic Orchestra, the Sunriver and Peter Britt summer festival orchestras, and the Eugene (OR) Symphony, among others. He has garnered consistent critical acclaim for his recordings of a wide-ranging repertoire that spans the 17th to 21st centuries: “…some of the best Scarlatti I’ve ever heard…” (American Record Guide); “…suave and comfortable performances of three Rachmaninoff Preludes. In the Brahms, the tempo relationships and transition emerge in a seamless cumulative arc” (Gramophone); “Gregory Partain is a gifted pianist, and every item is intelligently and sympathetically played” (BBC Music Magazine).
Partain made his formal debut as a composer in 1998 with performances of Two Songs for Harp and Soprano on Poems of William Butler Yeats, followed by Come to the Garden in Spring, a song cycle based on love poems of Rumi, the 13th-century Islamic mystic. As the 2005 Kentucky Music Teachers Association Commissioned Composer, he composed a large-scale concert Requiem for choir; a greatly expanded iteration of Requiem for choir and full orchestra was premiered in Lexington’s Singletary Center in 2015 by 250 performers. Dr. Partain received his B.M. degree in Piano Performance from the University of Washington, and Masters and Doctoral degrees from The University of Texas at Austin. His principal teachers include Gregory Allen, Nancy Burton Garrett, and John T. Moore. He also coached privately with Claude Frank and studied with Jerome Lowenthal and Paul Schenly at the Music Academy of the West. He has taught at Transylvania University since 1991.