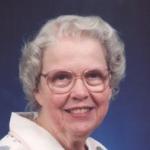 Miss Gloria passed away Tuesday, March 11, 2014. Known to her students as “Miss Gloria,” she was a beloved piano teacher in Louisville for 58 years, and continued to teach, hold recitals and receive high awards with her students. She received her Senior Collegiate Diploma from the National Guild of Piano Teachers, and was certified by the American College of Musicians, was inducted into the National Guild of Piano Teachers Hall of Fame in 1972, was a Guild Faculty Member, received ACM Certification, was a Charter Member of Greater Louisville Music Teachers Association, member of Kentucky Music Teachers Association and Music Teachers National Association, and received a 50 Year National Piano Teachers Association award. She served as Chair of the Louisville Guild Auditions from 1975 – 1986. In recognition for teaching 50 years, Mayor Jerry Abramson declared December 4, 2005, as Gloria Lewis Day! She was a Kentucky Colonel, a lifetime member of Beechmont Baptist Church, a member of the Order of the Eastern Star, and was a graduate of Louisville Girls High.

Words most expressed about Gloria were dedication, encouragement, and love of teaching. She is often referred to as “everyone’s piano teacher.”