Margaret was president of MMTA when we arrived in Murray in 1982. She continued to be our fearless leader all the years I was in Murray and as far as I know she still is! She was VERY devoted to MMTA. She is the only person who could (and did) deal successfully with all the temperaments in our group and keep us all working together.

She was a Suzuki protege of Dot Mason’s and managed to combine that with her traditional background. She was devoted to her students who always did well. She actively participated in lots of local events and activities MMTA hosted and was involved with and guided everything we did locally. Among them:

1. Theory Carnival – games and activities for elementary kids to enjoy theory “stuff” We even took it to state one year as a workshop I believe.
2. Elementary Workshop – again for elementary kids. Had a state component that I ran for 10 years and is still in operation. This was a pretty complicated event locally and Margaret kept everybody going with her charts. We would all tease her about those charts, but they kept us in the right place at the right time with the right students.
3. Studio Festival – Runs concurrently with the Elementary Workshop, but is designed for intermediate-level students.
4. Hymn Festival – Margaret’s “baby”. Initially it began as a program though the Southern Baptist Convention, but when they cut back funding and stopped the event, MMTA took it on locally because there were a number of teachers and families for whom it was very important.
5. Sonatina/Sonata Festival – just what it sounds like. Kids like it because they get trophies.
6. Recitals – we hosted a winter recital, and Margaret was the “hostess” for this event. Initially I think we had a fall recital as well, but when we added a recital to the Elementary Workshop event, we did not continue the fall recital.

We wish her the best!

Matthew Herman, our KMTA Chair for Commissioning Composers, has announced the call for the 2022 Commission Composer Composition.  Please, if you are […]

Here is some information on the Winter Pedagogy conference coming up: https://www.facebook.com/Northern-Kentucky-Winter-Piano-Pedagogy-Conference-296783238764/?fref=nf And here is the final program for this year’s Pedagogy Conference on […] 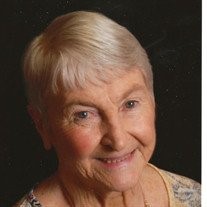 It’s with great sadness that KMTA has learned of the recent passing of member Geraldine “Jeri” Layne. She was born May 18, […]

One of our members, William Budai, recently had a wonderful article posted in the latest issue (December 2020/January 2021) of the American […]